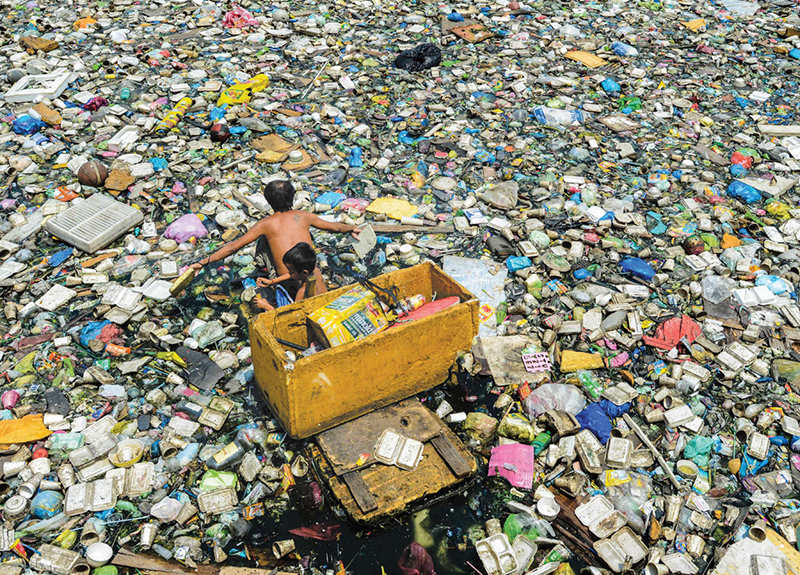 Recently, a few reports have been published in a couple of well-known magazines in Bangladesh with the titles like ‘Plastic causes waterlogging in mega cities including Dhaka’, ‘BD globe's 4th worst in cutting pollution’, ‘Sylhet, Sunamganj floods worst in 122 years’! We can sum it up in one word: ALARMING!!! Somehow, all the news were related to pollution. Actually, there are many different sorts of pollution in Bangladesh, but estimates claim that plastic pollution is the worst. According to a World Bank report, Bangladesh ranked in the top 10 in the world for the use of plastic and polythene. Between 2005 and 2022, its use almost tripled. Regarding the amount of plastic and polythene pollution entering the sea through rivers, Bangladesh is currently ranked 6th in the world. Bangladesh annually contributes roughly 2 lakh tonnes of plastic to the Bay of Bengal. This represents 547.9 tonnes daily!! Each year, South Asian countries produce 334 million metric tonnes of solid trash. Approximately 70% to 80% of this debris finally enters the ocean, of which 12% is made entirely of plastic.....